We sent our baby to camp for the very first time this summer. 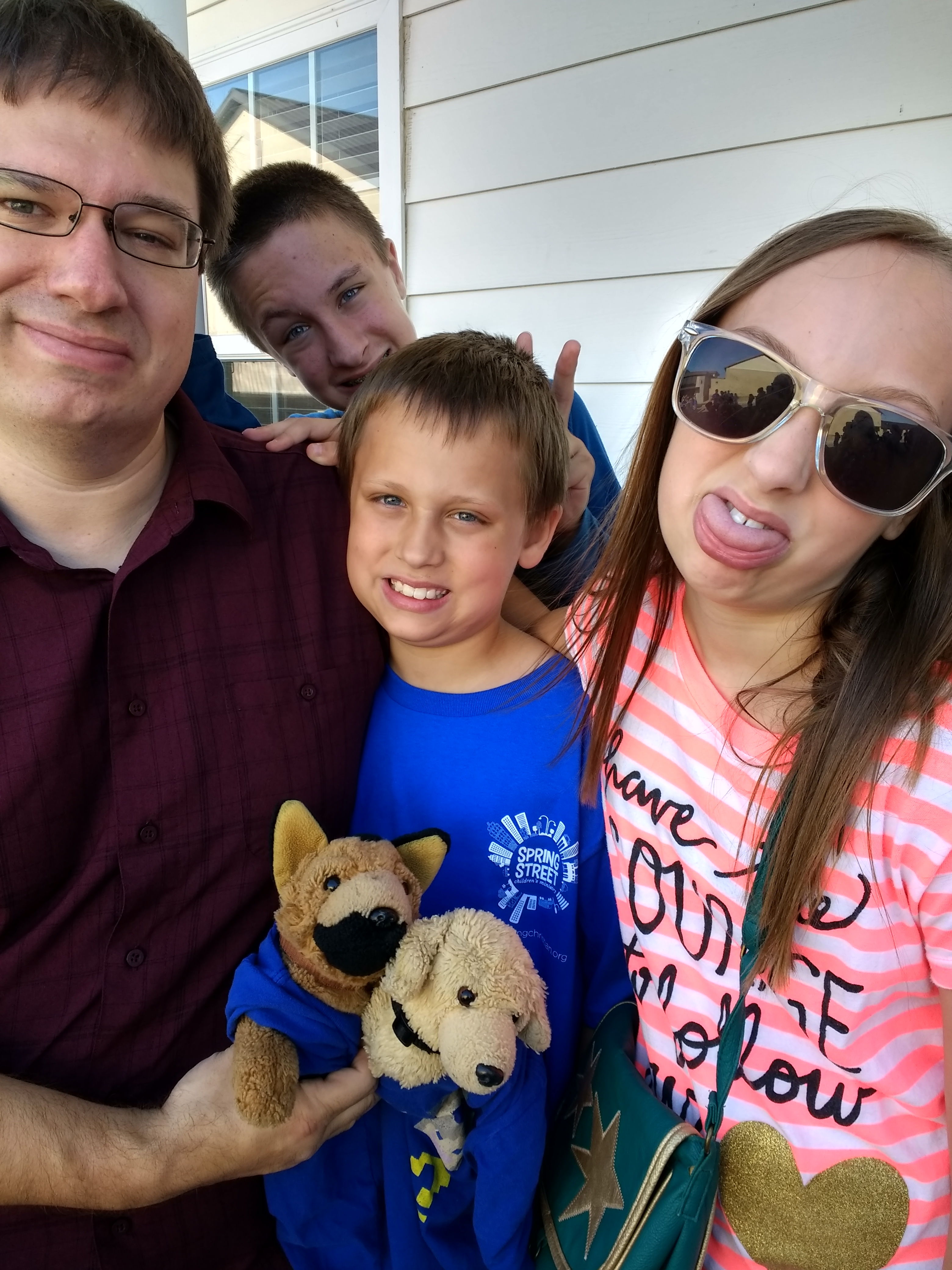 They say I should be a pro at this by now.

By child number 3, I should be high-fiving my husband as the bus full of eager campers pulls out of the church parking lot.

His Sharpie- labeled clothes are packed.  Even his underwear has his name on them. He has his soap and his toothbrush and toothpaste. Will he use them? Maybe.

I tucked 5 individual envelopes into his bag. That’s a note for each day of the week. I’m not convinced he’ll read them in order. Will he even know what day of the week it is during the chaos of camp? Probably not.

As he waits to board the bus, Isaac turns to me and tells me he’s nervous.

Only, I don’t say that out loud. Instead, I tell him he’s going to have a great time.

I’m not worried one lick about what he’s taking with him. My thoughts are filled with what he doesn’t have.

Almost every kid waiting to get on the bus fits into one of these categories:

a)He’s been to this camp before.

b)He has a buddy going along with him.

c)He has a parent that’s helping at the camp.

Isaac fits into none of these categories.

He has every suggested item on the packing list, but he doesn’t have a friend yet.

Who will sit with him on the bus? Will anyone be his friend? Are elementary age boys good at noticing when someone doesn’t have a friend? I sure hope so.

I pretend to be brave alongside him. I hug him again and let go as he climbs the stairs of the bus.  I strain to see which seat he chooses and race around the other side of the bus to catch a glimpse of him before they pull out of the parking lot.

I’m smiling and waving like a mad woman. I pray he doesn’t notice the tears in my eyes. 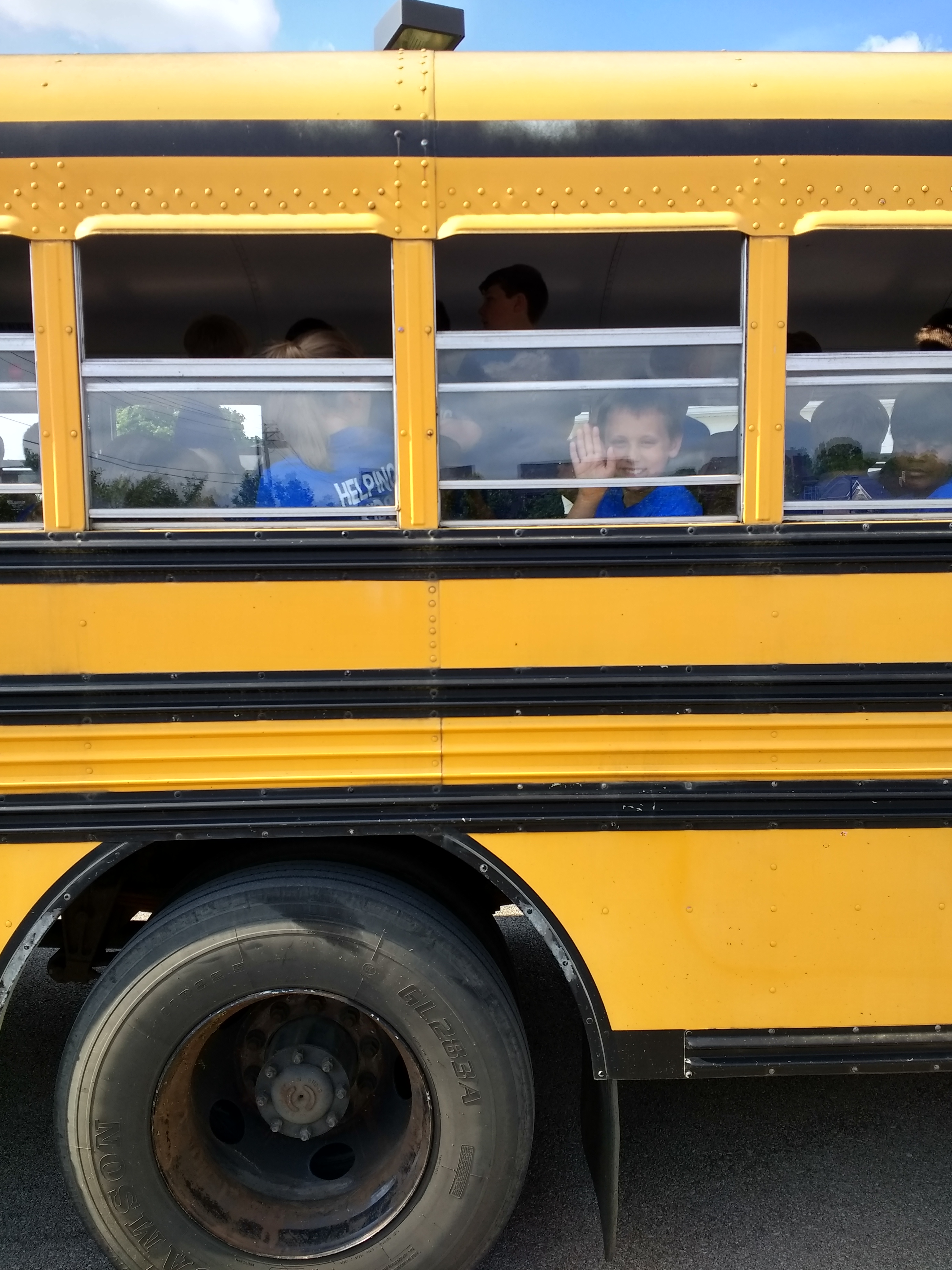 I don’t want to forget how this felt.

**I wish I hadn’t been afraid to be “that parent”. Much of my experience in parenting has been marked by walking a tension of speaking up on behalf of my child and the desire to not be seen as an over-protective mom who needs to let go. I know I get this wrong sometimes. I also know that there are things about my child that would be helpful for a camp counselor to know.

**I wish I would have remembered that most kid’s ministry experiences are set up for and run by extroverts. These are fantastic, fun leaders that may need to be reminded of what it’s like to be an introverted  8-year-old who is coming to camp for the first time with no friends.

**I want to remember what’s it’s like to be the “new kid”.  As awkward as it is, I don’t want to forget. I want to be mindful that someone is sitting near me at church who wishes someone would say, “hello”. I want to remember that, even at the women’s events, there are women who aren’t sure if anyone will want to sit by them or include them in conversations.

On Friday afternoon, the bus arrives back at the church.

I’ve never seen so many sweaty, hungry kids. Impatient parents wait in line to claim stinky kids and their luggage. I hug Isaac a million times and settle in to hear his tales of camp.

I try to separate fact from fiction. He learned so much.