Voter’s guides were a ubiquitous feature in American  Evangelical churches when I was growing up. They would often provide information regarding particular candidates and their positions on abortion and gay rights.

It wasn’t until recently that I realized that there were things missing. Somehow the decision-making matrix didn’t include much consideration to a bigger question.  How do we vote in a way that is consistent with the second greatest commandment to love our neighbors as ourselves?

In other words, I had always approached political involvement as a way to protect my religious expression and my personal well-being.

I found a hole in my politics.

I know way too many conservative voters who personally engage in a way that cares for their community and the world to paint an entire group as selfish and uncaring. I’m going to point the finger at myself, instead. 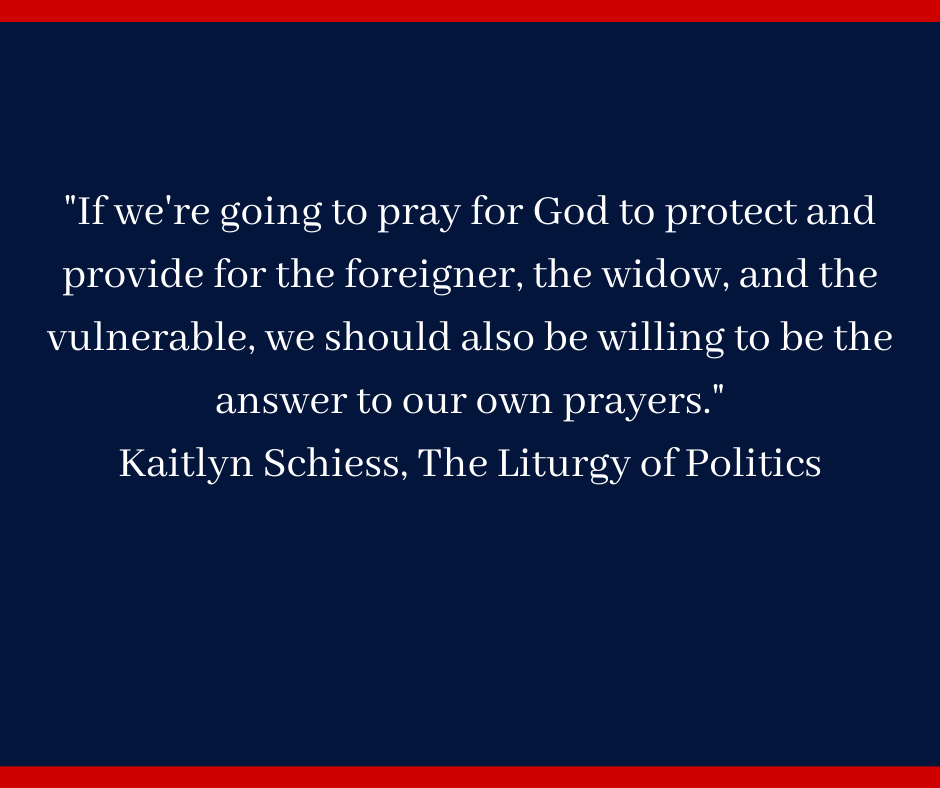 I have had an embarrassing lack of concern regarding issues that didn’t impact me personally. Race issues didn’t concern me. I gave no consideration to the fact that the US had severely restricted the entrance of refugees. I had never cared to have the government do anything about health care because I had insurance. I’ve always been against raising any taxes at all because I assumed that the lack of funding was due to poor money management. I could go on. You get the point.

I’m not saying any particular party has the corner on the right answers to these issues. What I am saying is I never thought of how my vote might help someone else.  25 years of voting and just now I’m considering the common good.

Hannah Anderson and Erin Straza had a conversation about this on their podcast. They discussed the idea that there is a fear of a scarcity of goodness.  It almost stopped me in my tracks. Yes. I’ve felt this and I’ve heard it from others.

Is there enough good to go around? What if I work for the good of others and no one reciprocates?

Am I willing to be the answer to my prayers?

As I’m writing this, we’re almost two weeks out from the 2020 Presidential election. While Americans are waiting on lawsuits to be settled, I’m reading. This week I’m finishing The Liturgy of Politics: Spiritual Formation For the Sake of our Neighbor. My eyes zoomed in on the author’s mention of the Biblical account of Ruth. When Boaz meets Ruth and sees her character he says this: “May the Lord repay you for what you have done. May you be richly rewarded by the Lord, the God of Israel, under whose wings you have come to take refuge.”

“A chapter later, Ruth essentially asks Boaz to be the answer to his own prayer”. . . “if we’re going to pray for God to protect and provide for the foreigner, the widow, and the vulnerable, we should also be willing to be the answer to our own prayers.” (Kaitlyn Schiess, The Liturgy of Politics)

I’m asking this of myself.  What does it look like to have my spiritual formation impact my political involvement? What am I missing?

More and more I’m seeing the way individualism is sneaking into our churches and our politics.  I wonder if one of the answers to rampant divisiveness is to embrace a posture that sees political involvement not as a political act, but a community one.