In the spring of 2019, Dan George resigned as an elder at his church of 23 years. Instead of silently slipping away with a few generic statements, Dan did something unheard of– he told the truth.

A few months ago, I met Dan at the Restore Conference in Chicago. Restore was a gathering for people who had been impacted by spiritual abuse or church hurt. He, and many others, were there because of their experience at Harvest Bible Chapel. Due to the conference location, there was also a contingent there from Willow Creek Community Church. Both groups had experienced betrayal by their former pastors and the unhealthy systems at those churches.

There is nothing like singing about where your hope is found next to people who are grasping for it by the tips of their fingernails.

Two years ago, I wrote a post that has, by far, been read more than anything else I have ever written. I wrote about our experience at our former church with a pastor who had plagiarized nearly every word of every sermon he delivered. After two years of readers reaching out to me with their own personal stories of spiritual abuse, it’s time for a follow-up. 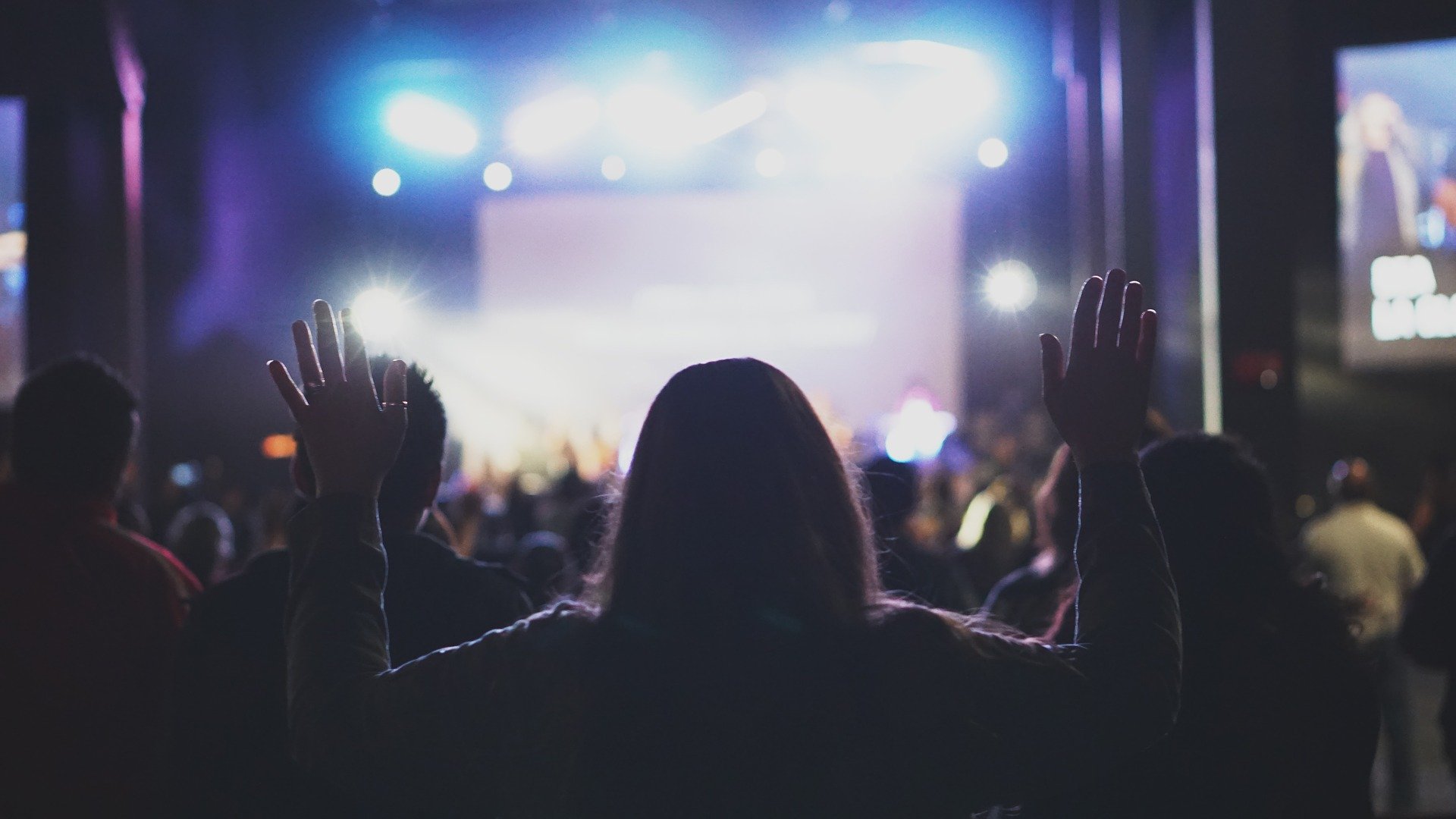 This is awkward because there’s an expectation placed on those hurting to move on quickly and be quiet. That’s why I made a point to shake Dan George’s hand. He didn’t leave his church quietly because to do so, he told me, would have meant he wasn’t taking his responsibility as a leader seriously. God called him to speak. He and his wife were willing to pay the high price to do the right thing.

I chose a word of the year for 2020. It’s not something I usually do, but as I prayed over some goals for this year, I knew what this year’s word needed to be: Courage. I’ve had a passion for learning about what healthy churches and healthy leaders (really, any healthy person) look like. I was inspired, in part by some personal experiences. Two years ago I started writing about this theme. And then I let fear shut down my words.

I was afraid I might offend someone. I was afraid I wasn’t qualified. I was afraid of breaking the “be quiet and move along” rule. My biggest fear was that what I was learning about abusive organizations and leadership sounded too much like my husband’s workplace (He has since resigned).  I still have fear, but courage is about doing that thing that’s scary.

Can we do this together?

Can we take a look at some of the hard things about church and Christian culture with the hope to learn something?

In the years since writing that pastoral plagiarism post, I’ve been considering two primary questions.

How did we get to the point where so many can dismiss sinful behavior?

What happens when a Christian leader is revealed to be privately living in a way that is in direct contradiction to what they portray publicly?

These two questions are undeniably connected.

I’ve read about and followed the stories of pastoral abuse from Mars Hill, Willow Creek, and Harvest Bible Chapel. With the help of research done by Wade Mullen, I’ve learned about a pattern of response to a crisis that has been disappointingly consistent. The initial charges of misconduct against  Mark Driscoll, James MacDonald, and Bill Hybels were all met with a system that wasn’t willing to believe or fully investigate the situation.  It’s bigger than just a few churches, though. This response is one that is reflected widely across Christian culture.

When evidence of wrong-doing is brought to light, often the first response is to protect the leader and the institution.

The whistle-blower is seen as the problem and portrayed as a part of a spiritual attack on God’s people.

Over time, the evidence becomes clear. There is no denying the wrong-doing of the leader. This is the point at which I assumed most would agree that the actions were wrong and that the leader should be held accountable.

I have watched as a defense of abusive, deceptive and sinful behavior has become commonplace.

In many situations of pastoral misconduct, we see this argument, or an iteration of it, sometimes even in the light of undeniable evidence of wrongdoing:

“So much good has come from this person’s ministry. Satan is attacking us and it would be a huge setback for the ministry and a waste of this person’s God-given talents to hinder this individual from moving forward in their public ministry.”

To be clear, not every sin disqualifies one from ministry, but in too many cases of abuse and misconduct, we see an emphasis on protecting the accused at the expense of those most hurt.

These are a few reasons why this is especially grievous.

We’re making an argument that the ends justify the means.

When we excuse sinful behavior because there is ministry growth, we’re saying that sin doesn’t matter if the end result is good. This is in direct contradiction to Scripture. I Samuel 15, gives the account of Saul’s disobedience. God had given specific instructions to Saul about destroying the Amalekites. Saul chose to do things his way instead.

Saul defended his actions. He argued that he was able to offer a great sacrifice to the Lord.

Surely, if what he did made for a big spectacle that pointed to God, it would be okay, right?

22 Then Samuel said: Does the Lord take pleasure in burnt offerings and sacrifices as much as in obeying the Lord? Look: to obey is better than sacrifice, to pay attention is better than the fat of rams. 23 For rebellion is like the sin of divination, and defiance is like wickedness and idolatry. Because you have rejected the word of the Lord, he has rejected you as king.

Samuel calls Saul out. He points out Saul’s true intent.  What Saul claimed was about giving God glory, was in fact, not about God at all. It was about making much of Saul.

Downplaying sinful behavior says we’re willing to sacrifice the most vulnerable at the altar of “success” in the eyes of the world.

When we dismiss sinful behavior that has hurt others, we’re sending a message to hurting people that they are not safe with us. The most vulnerable become the least valued. Red flags wave wildly when we downplay the same sinful behavior in the person with more power than we do with the one who has none. Why do we consider it a great waste or shame for someone to be removed from a position of leadership, but we are nowhere near as vocal about the hurt endured by the victim?

We’re sending a message that says ministry “effectiveness” isn’t a result of God, but of a person.

I can’t tell you the number of people who have emailed me to share that they learned their pastor had also plagiarized his sermons and their church leadership didn’t see a problem with it. I’ve also received accounts from people whose pastor was given a pass on infidelity.  Church leaders feared that removing the pastor would hurt their giving and attendance.  Those raising concerns are told to get in line and stop hindering the work of the Lord. The leadership is unwilling to discipline the pastor because they are afraid of what that might do to their bottom line.

This response is disorienting and wrong.

They should consider the words of Jesus:

“You cannot serve both God and money.”

Failing to take sinful behavior seriously can be a sign that our true master isn’t Jesus.

We’re saying the benefits we get from this person being in power are what we value most.

We don’t want to admit this. The awkward truth is we don’t want to hold some people accountable because we will lose something. What if addressing this issue jeopardizes your salary? What if it means losing a desired  position, access to influence, reputation, or the reputation of our church or ministry? Are these things more important than our hurting brothers and sisters? At the Caring Well Conference, Boz Tchividjian took my breath away by saying this: “The good ol’ boy system that all too often places a greater value on public and private relationships, book sales, and conference invitations than confronting evil and advocating for the abused– that has got to be done with. We can talk about abuse and we can talk about how horrific it is until it’s some leader’s friend in a church or an organization and suddenly now, they’re not talking about it. That’s wrong.”

Mary DeMuth says this in her book, We Too: How the Church Can Respond Redemptively to the Sexual Abuse Crisis:

We must do better than this. Shouldn’t we be people who value truth more than our reputation?

Let’s not mistake our own desire to look good with our desire for Christ to be glorified. That’s not serving God. That’s serving our pride.

Is it possible we have set up our organizations in a way that they attract ungodly leaders? What does Jesus consider“successful”? Are we willing to believe that there are leaders, churches and ministries that are simultaneously helping some while hurting others?

It will be awkward and inconvenient.

What would happen if we were willing to learn from and listen to the hurting? It’s a good place to start.

“The flock of God needs shepherds who will inconvenience themselves for the sake of the outcast, the broken, and the victimized. We need leaders who will feed us, not profit from our silence”. . .”We need leaders who will ask the questions, “Why have so many left the church?” and then actively pursue them. We need shepherds who chase the wounded instead of chastising them.”- Mary DeMuth

Lord, make us these kinds of people.