I’ve missed several seasons of sharing my reflections. I don’t want to miss the fall of 2019. And it’s not because anything BIG happened over the last three months. This season has mostly been a collection of small, ordinary things.

It seems right because it’s what makes up my life. Small. Ordinary. Routine.

Here’s what I learned this fall.

I can send my firstborn to highschool.

For the first time in my parenting life, I stood outside on the first day of school and watched my child get on a school bus. I waved goodbye with a lump in my throat. I sat on that same step and waited for him to come home. Had he made it to the right classrooms at the right times? Did he get on the right bus? I was going to have to wait until 3:09 when he (hopefully) would be dropped off by bus 214 in front of our house. And that’s what I did. I waited all day.  He had a great day and the days since have mostly been good ones.

It feels like a milestone for both of us. Before having kids, it didn’t occur to me that a new season for someone’s child was a new season for the parent as well. I have all the big emotions. As someone who has done homeschool, private school and public school, I feel very much alone in this. I wish I had someone to talk to that would validate the choices we have made and continue to make.

It took me 7 years. That’s how many years we lived in Tennessee before I hit a point where I was ready for summer to be over. I didn’t think I would ever think that after living several decades in Minnesota– a place where the winter never ends.  This fall was my breaking point. 92 degrees in October was just too much for me.

We’ve been at our new church for two years and we have loved it, but this fall I walked into the lobby of the church and saw a display set up that reminded me of some unhealthy things at our former church. I wasn’t expecting it and was totally unprepared for the emotions I would feel. I spent the morning praying a certain thing wouldn’t be a part of the morning service and was disappointed when the thing I feared ended up happening. I’m still processing it. It’s hard to experience the things that happened under an unhealthy pastor in our new church. We followed that up with a sermon series on finances. There is nothing wrong with having a series on finances, but it was one more thing that reminded me of our former church that strategically planned sermons, at the direction of a paid consultant, to pave the way for the capital campaign.

I took a road trip with a friend in early November. We attended the Restore Conference. We heard from speakers who addressed the topic of spiritual abuse and church hurt.  The most powerful message was delivered by Wade Mullen. You can watch it here:

I love sharing God’s Word with women in my community.

I had the opportunity to share some Scripture and a bit of my life story with the women at my local church. I loved it and am so glad I said, “yes”.

And since I had not put on makeup or fixed my hair recently, I thought I should document this moment 🙂 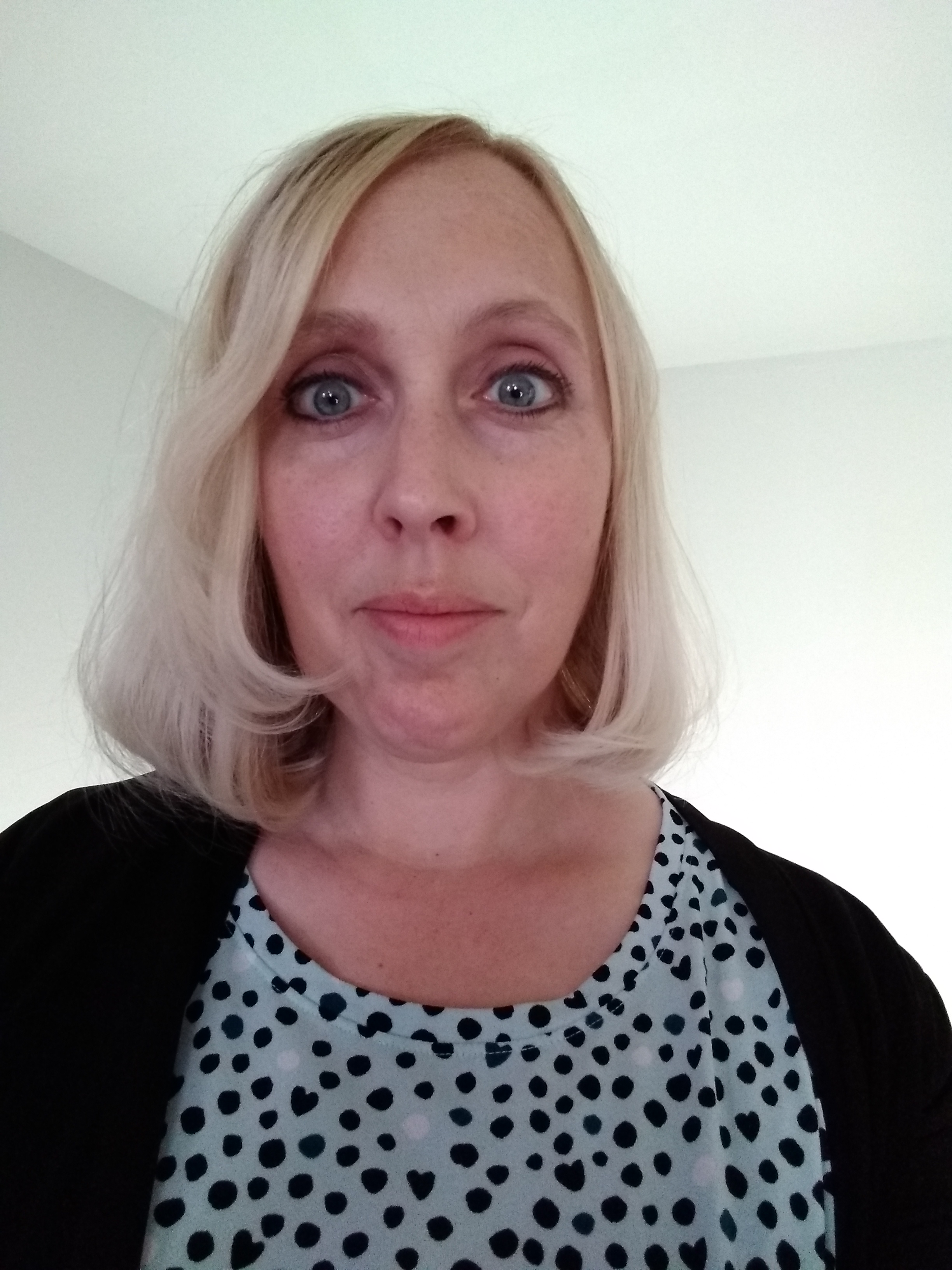 I love my stupid dog.

We’ve had our dog, Max, for over 8 years. I often say that he isn’t very smart, but I was corrected the other day. In most cases, Max doesn’t exhibit high levels of intelligence, but when it comes to accessing food, there is no stopping him. He’s sneaky and resourceful. He ate an advent calendar full of Hershey’s kisses a few weeks ago and, for Thanksgiving, he ate half a pumpkin pie. It’s a good thing he’s cute. 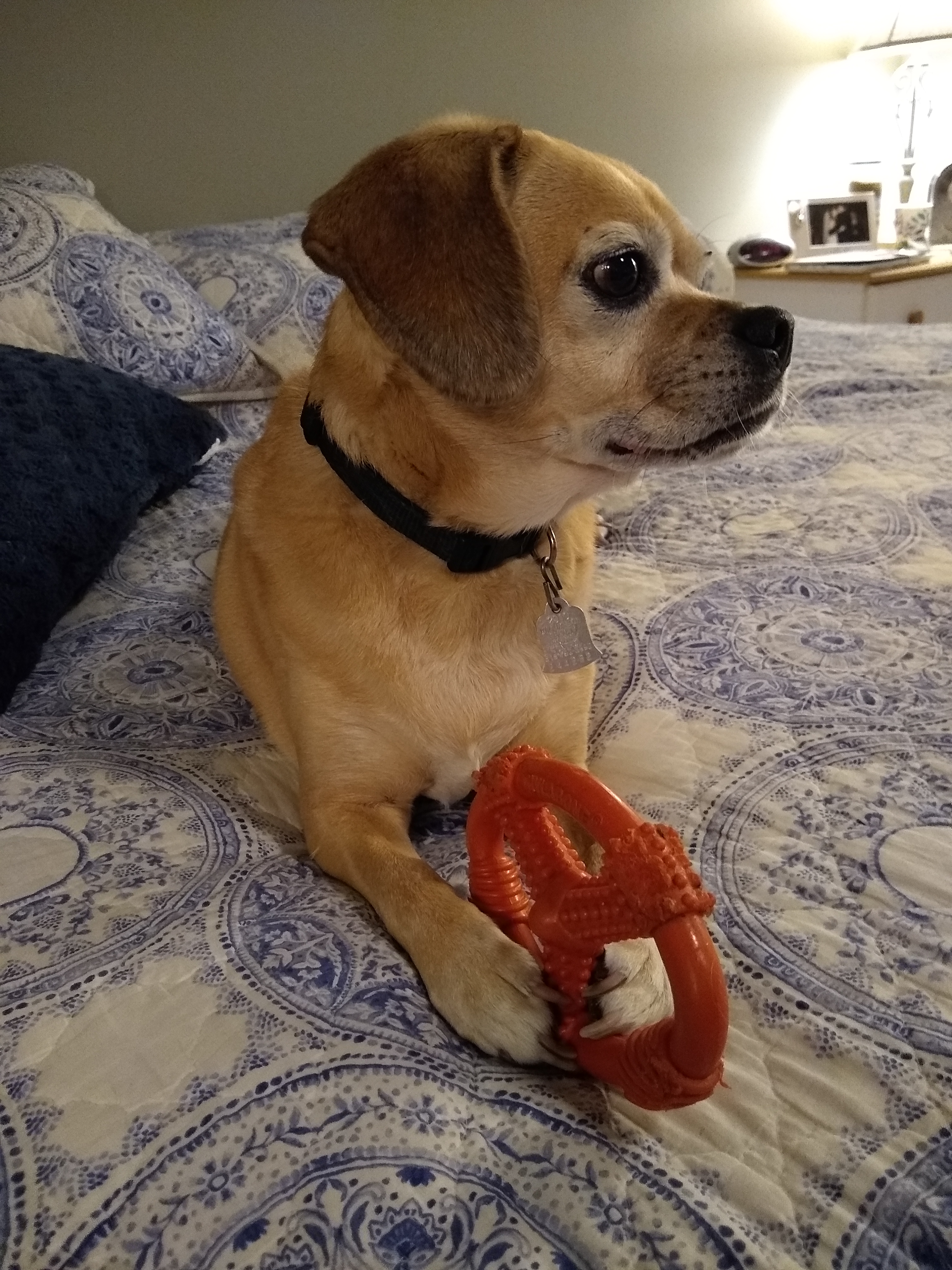 Catch And Kill by Ronan Farrow is a fascinating book.

One of the best books I’ve read this year is Catch And Kill by Ronan Farrow. It’s a real-life account that reads like a mystery/thriller. If you’ve ever wondered what a powerful media company will do to protect their bottom line, this shows in great detail.

3 thoughts on “What I Learned This Fall”