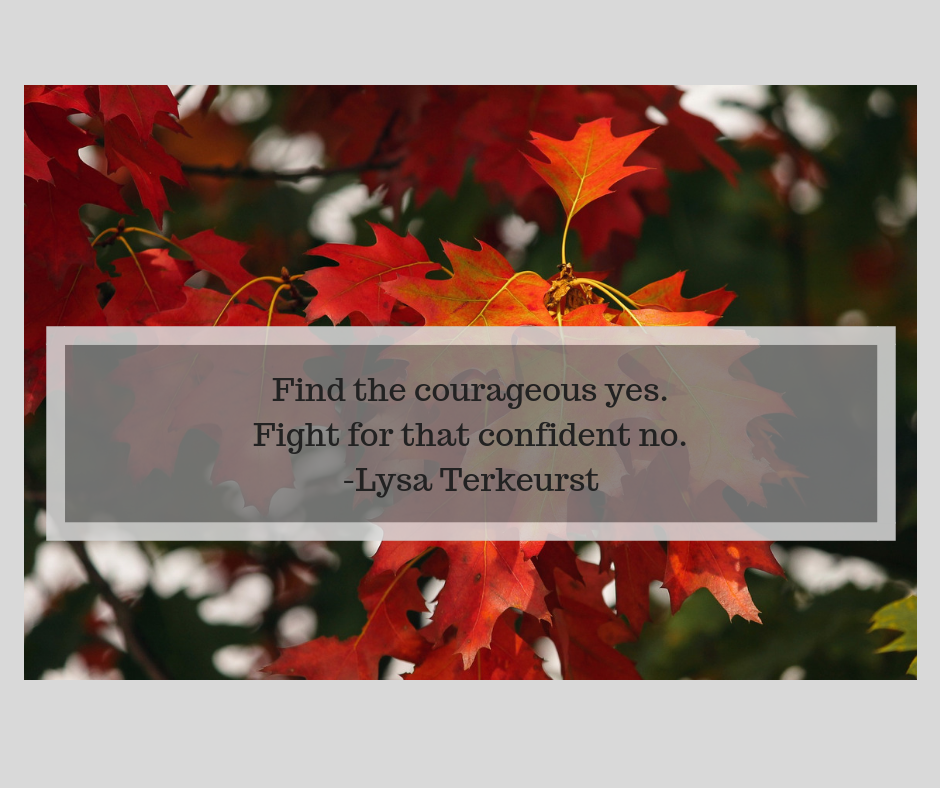 I don’t want to disappoint anyone.

It’s the trait I have that is most likely to make me do great things.

It’s also the leading cause of my worst decisions.

My desperation to avoid letting someone down means I want to tell people what they want to hear (even when it’s words I shouldn’t be saying). More often than not, people want to hear:

“Yes, I’ll serve on that committee.”

One problem with a “yes” that’s quickly given is that sometimes it’s only offered because I so badly want to please my friend in that moment.  The reality of the situation is it’s likely going to be a “no” in the end.

There’s nothing kind about that.

The other issue with a “yes” that’s given out of obligation is that it ends up hurting relationships.

Its taken me decades to get here, but I’m at a place where I value an honest “no”. I feel relieved when a friend tells me she is unable to help me. It tells me she values our friendship enough to tell the truth.

Our relationships are better for receiving an honest “no” rather than a reluctant or dishonest “yes”.

Last year I was looking for someone to watch my youngest son. I asked a friend and she graciously told me she couldn’t do it. I was grateful. I know when she says “yes” it’s genuine.

I’ve been thinking about this because I had an experience, not long ago, where I got the distinct impression someone felt imposed upon or taken for granted. Someone had offered something and I took them up on it.  Later, I went away feeling like they were hoping for something in return and it took me by surprise.

This was a transactional thing. I wished I had known.

I think you should have that awkward conversation

I broke someone’s heart recently. I knew my words would be a disappointment, but I also knew they were necessary. I chose to deliver the message in the kindest way I could. Being honest doesn’t have to mean being a jerk.

I dreaded it, but my dread helped me deliver the words with empathy. I was able to communicate that I was on her side even while I was clear about being unable to do what she wanted.

I think you should have that awkward conversation.

How about you? Do you ever say, “yes,” when you mean, “no.”? Have you had an experience where you were grateful for an honest “no”? Drop me a comment. I’d love to hear from you.

One thought on “You Should Have That Awkward Conversation”