Moms, I need to say it. We’re kind of crazy, right?

Maybe it’s because I didn’t pay attention before becoming a mom, but it feels like we worry about a lot of things people never worried about in previous generations. Things our mothers never gave a second thought. I had no idea there were so many ways to ruin my children.

I read a post recently by a friend who was discussing online mom’s discussion groups. She remarked that women actually spend time worrying about the right brand of organic almond milk they give their children. Another mentioned a mom who posted about feeling guilt over serving vegetables to her kids that were not organic. She had genuine, honest-to-goodness feelings of disappointment in herself that she had let her children down. If I had not seen it with my own eyes, I wouldn’t believe it.

How in the world have we gotten to this point? Don’t we have enough real problems to handle?

You have not failed your child in some way by giving them a cheeseburger.

There are about 5 million ways to mess up as a parent. Feeding them a cheeseburger from McDonald’s is not one of them.

When did we get the place where anything short of free-range, organic, unicorn tears was talked about the same way we talk about child abuse? 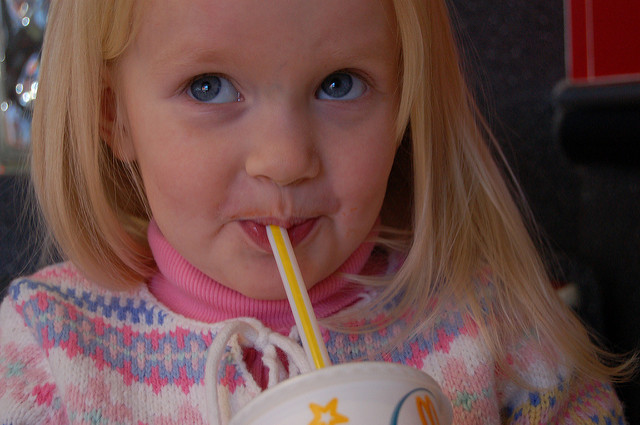 It’s time to jump off the merry-go-round of mom-guilt over things that will not matter later.

You don’t have the time or emotional energy to beat yourself up over vegetables or too many stops at the corner fast-food restaurant. If you enjoy grinding your own grain and growing your own organic garden you should do it. If you don’t enjoy it or have the time to do it, go to the grocery store and buy a loaf of bread and some canned green beans and serve it to your family with no shame.

One is not more spiritual than the other. This is not a sin issue that we need to repent of and there are no prizes being handed out to moms who shop at Whole Foods. There are no long-term studies that show that children who grew up eating non-organic fruits and vegetables were less able to meet their potential later in life.

And while we’re at it, let’s listen to how we frame failure in our conversations with our friends in person and on-line. Every single time I talk about how I failed my kids because I gave them a cheeseburger from McDonald’s I’m making a statement about what I believe about moms who feed their kids fast food. Is that really the message I want to give to the worn-out mom across the table or on the other side of the internet from me? No. I can’t be a grace-filled friend to others if I have none for myself. 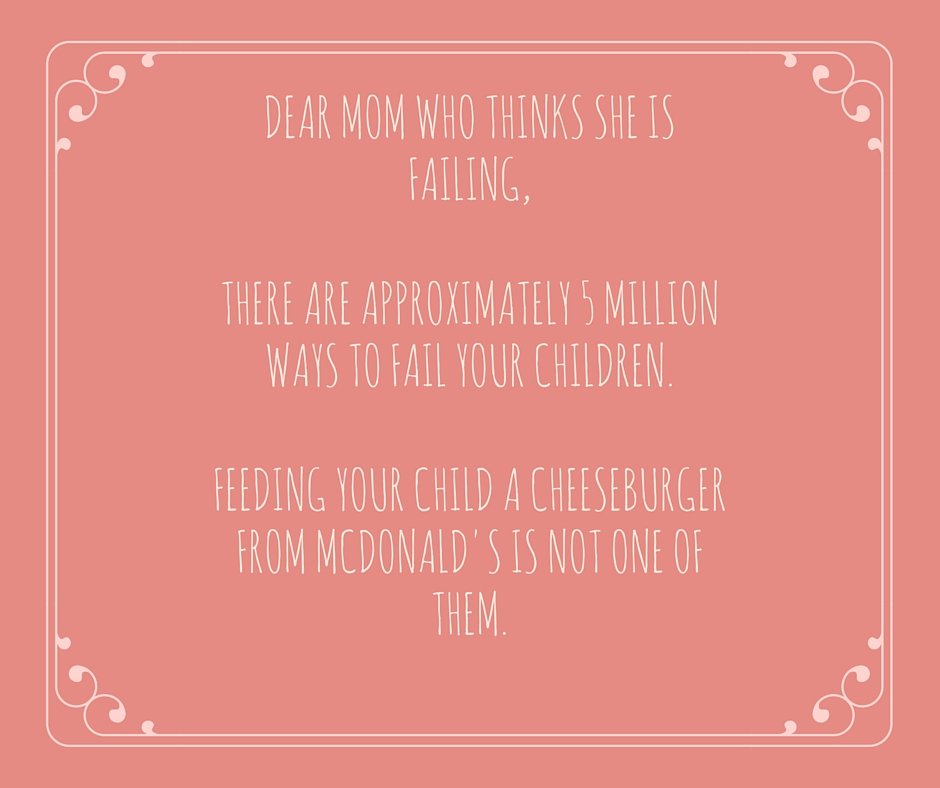 Of course I’m not saying that we don’t do our best in feeding and caring for our kids, but maybe we could check how we talk about “best”.

I like the idea of “good enough”. Good enough isn’t failure. It’s where most of the world lives. Some days good enough looks like shopping at Kroger, canned green beans and hamburger helper.  If we give ourselves grace to be “good enough”, we don’t shame people who don’t have the resources we have. If we talk about parenting in a way that offers grace, we give ourselves room to breathe and energy to focus on what matters most: loving our kids and showing them God’s love.