I’m afraid to move this little blinking cursor farther and farther to the right and down the page with sentences I don’t want to be true.

I’m afraid people will think I’m making this up.

I’m afraid people will not want to be with my kids.

I’m afraid that people will think I just want attention.

But if someone else out there is going through the same thing I am and they never know because I’m afraid to say anything, what good is that? I would want to know that I’m not alone and I’m willing to bet she feels the same way.

Last year I wrote about my oldest son’s struggles with OCD. And not long ago, I wrote about how it seems the our daughter has some serious anxiety issues herself. That was a blow in and of itself. One child with a difficult issue is enough. Two children brings a new level of emotional and physical exhaustion. Stop me if you’ve heard this one before or know where this is going. We have three children and, all signs point to OCD taking out each and everyone of them in some way. I feel physically and emotionally leveled. 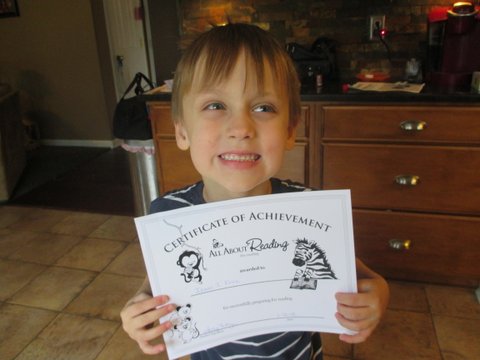 And it’s so much more heart-breaking and disruptive in the way in manifests in our youngest child than it has in the others.

Starting about 2 or 3 weeks ago, Isaac has been compulsively reporting/confessing things to me (or whomever is the person in charge of him at the time.) Every thought that comes in his mind, he thinks he needs to confess to me and ask if it was bad. Every time he touches something, he has to come and tell me about it in case he shouldn’t have done it. Every time he says something. Every times he does anything at all. He is overwhelmed with thoughts that what he is doing is naughty.

He told me a couple of weeks ago that his brain kept telling him that he hates God. He was in tears over it telling me that he knows he loves God, but his brain keeps telling him he doesn’t. He was hitting himself over and over on the head to try to get the thoughts to stop.

On Sunday morning, shortly after I dropped him off at his Sunday School class, I looked in and saw him sitting at a table by himself sobbing. I asked him what was wrong and he told me that he was afraid that he was going to hurt someone. He was afraid to go and play with any of the toys or with anyone. There was nothing I could do but hold him and try to tell him that his brain was playing tricks on him.

Today he confessed, in tears, that he had done something he was sure was bad. I had been with him all morning and the thing he was so ashamed of doing, he hadn’t done. How do I explain to a 5 year old that he can’t trust his own brain? And what do we even do about it?

To even be able to write this post, I had to announce to the kids that I was unavailable and locking myself in my room. If I hadn’t, Isaac would have been at my side every 2 minutes (oh, how I wish that was an exaggeration) confessing something to me. I can’t make it stop. I’ve told him that unless he is hurt or someone else is hurt, he cannot come and “report” to me.

We are tired, sad, overwhelmed, scared, uncertain. I’m not even sure how to pray. Honestly, I’m afraid I’ll be disappointed in how God decides to answer.